Car Accidents - We All Know A Victim 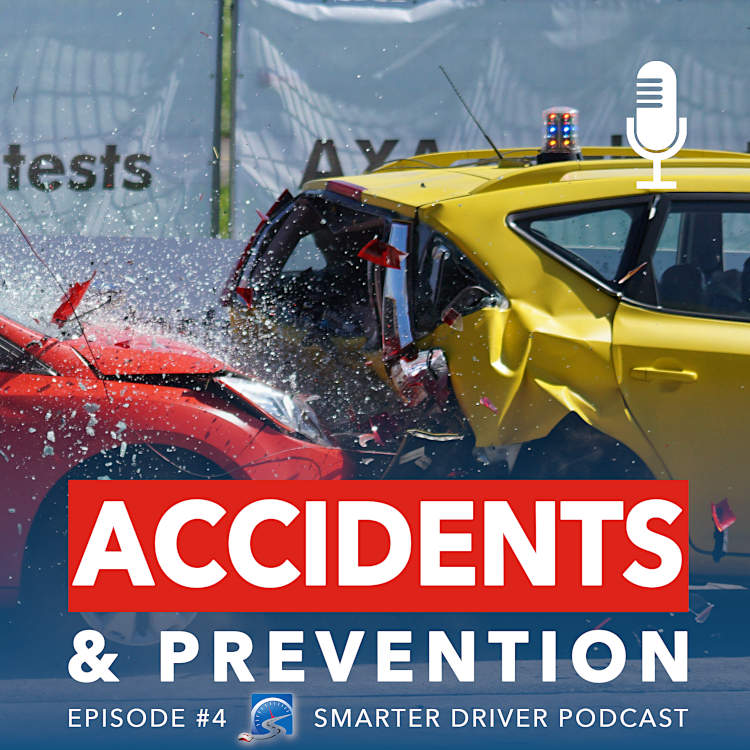 At the beginning of the 20th century, the top three reason for death were war, disease and famine.

Today, at the beginning of the 21st century it's terminal illness, suicide and car crashes.

If you took all the car crashes that happened in one country and put those in one place on the same day, you’d have a national emergency.

But that’s not the way we deal with traffic crashes.

And even though most refer to these as accidents, most collisions can be explained.

And crashes that can be explained are NOT accidents.

Traffic carnage is everywhere in our society.

The biggest reasons for crashes are drivers failing-to-yield and following too close.

Simply speaking, drivers are failing to manage speed and space.

Like disease, no one is immune from traffic crashes.

Princess Diana, James Dean, and Paul Walker are just a few of the famous people that have died in car accidents.

Every day in the United States there are thousands of crashes, injuries and deaths as a result of the automobile.

Seat belt use, increased automotive and road engineering, in combination with grass roots drink driving campaigns (MADD) reduced the number of traffic deaths over the past decades.

Unfortunately, almost a half-century of policy and legal changes have not impacted the number of drivers that drive drunk.

However, fewer crashes amongst young drivers has not been the result.

The GDL programs in combination with people living in cities has postponed young people getting their license.

When they do get their driver’s license, they’re facing the “4 Ds” of life:

1. Distractions (Screens with an overwhelm of information);

And with none of these life events do they have any experience.

This inexperience erodes their driving focus and often carries a dire consequence.

What has Reduced Traffic Deaths

Rather it’s advances in automotive and road engineering features.

Yet we’re still crashing and injuring the same number of people as we did in previous decades.

Finally, in the podcast, we answer smart drivers’ questions.

If the front brakes fail, the rear brakes will continue to work, and vise-versa.

And if the brakes do in fact fail completely, you can use the parking brake as an emergency brake.

If all that fails, simply put the transmission into neutral, and let the car roll to a stop.

If something happens, be sure to activate your 4-Way Flashers to alert other traffic that something’s wrong.

To prevent crashes, manage space well and know that driving is a social activity.

Sometimes you just have to let off the accelerator to stay safe.

In other words, the right-of-way is always given, it is never taken.

If you're working toward your first license, check out the smarter driver course package. 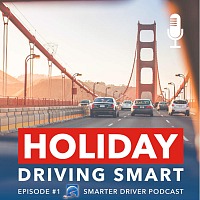 How to Stay Safe on Long Road Trips 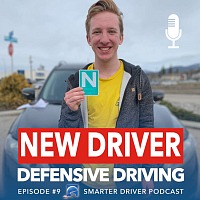 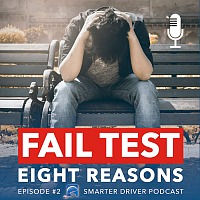 8 Reasons You Will Fail a Driver's Test 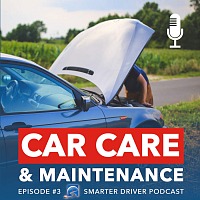 Jun 17, 2022
What kind of a driver are you? Are you the kind of driver that meticulously maintains her…
432 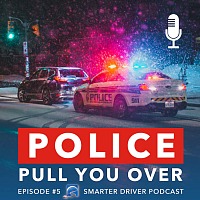 Correct Procedure When Pulled Over by Police 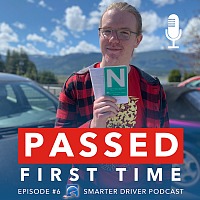 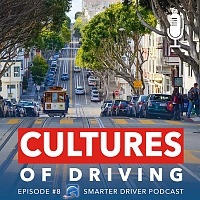 Is Driving Different in Other Places

Jul 08, 2022
Driving Cultures Is It More Difficult to Drive in Other Places? Many drivers feel that…
521