Space management & following distance are key components to pass your road test, regardless of class - watch the video! 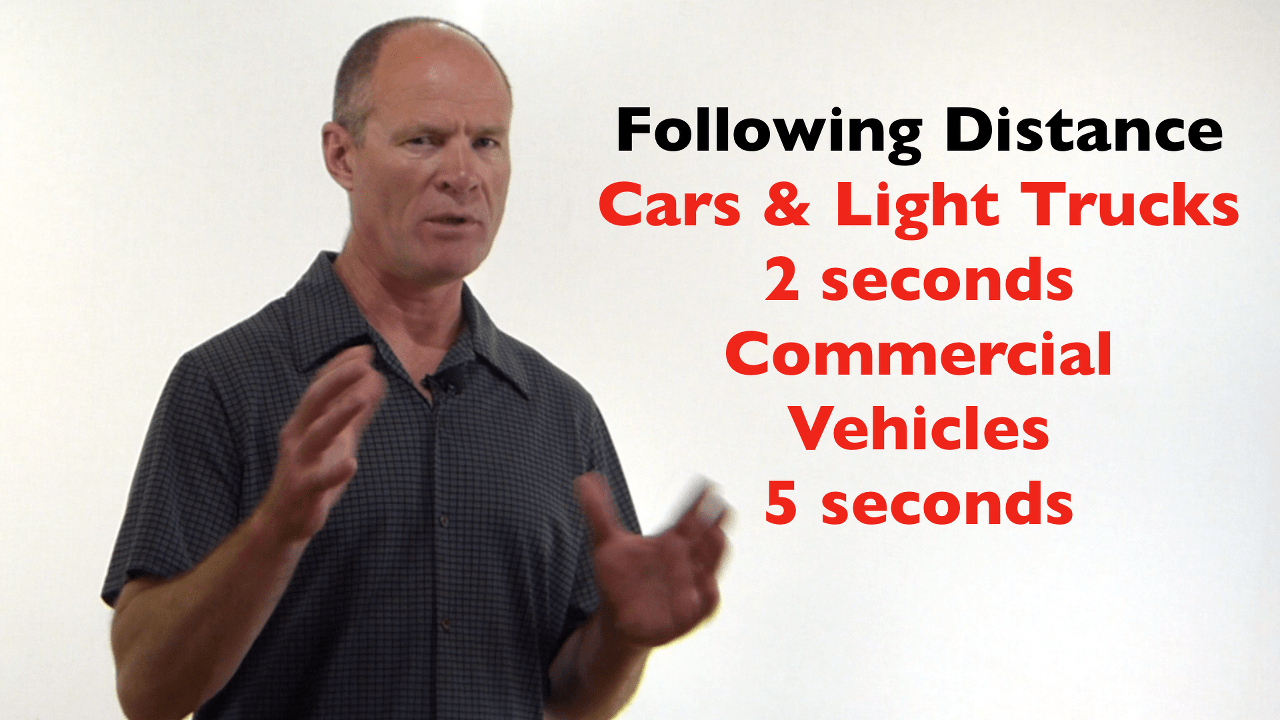 Why Following Distance is Measured in Time

In conclusion, for the purposes of a road test, you have to have space management. Underpinning space management is following distance because the space in front of your vehicle is the one space around your vehicle that you can always always always control. Two seconds for light trucks and cars, for commercial vehicles it's five seconds following distance. The one old rule that's still on the books: commercial vehicles following outside of an urban area can follow at two hundred feet. They still haven't taken that off the books but it still in the manuals if you look hard enough.