One way signs are crucial for a road test. Watch the video!

Hi there smart drivers. Rick with Smart Drive Test talking to you today about the one-way sign. This is a regulatory sign. Its rectangular in shape, it has a black border and a white arrow designating the direction of travel for the traffic. The one way sign as they said is a regulatory sign and must be obeyed. If you who go the opposite way of the arrow, you're going up with opposing traffic and you're going to risk a head-on collision so make sure you go the right way down a one-way street. 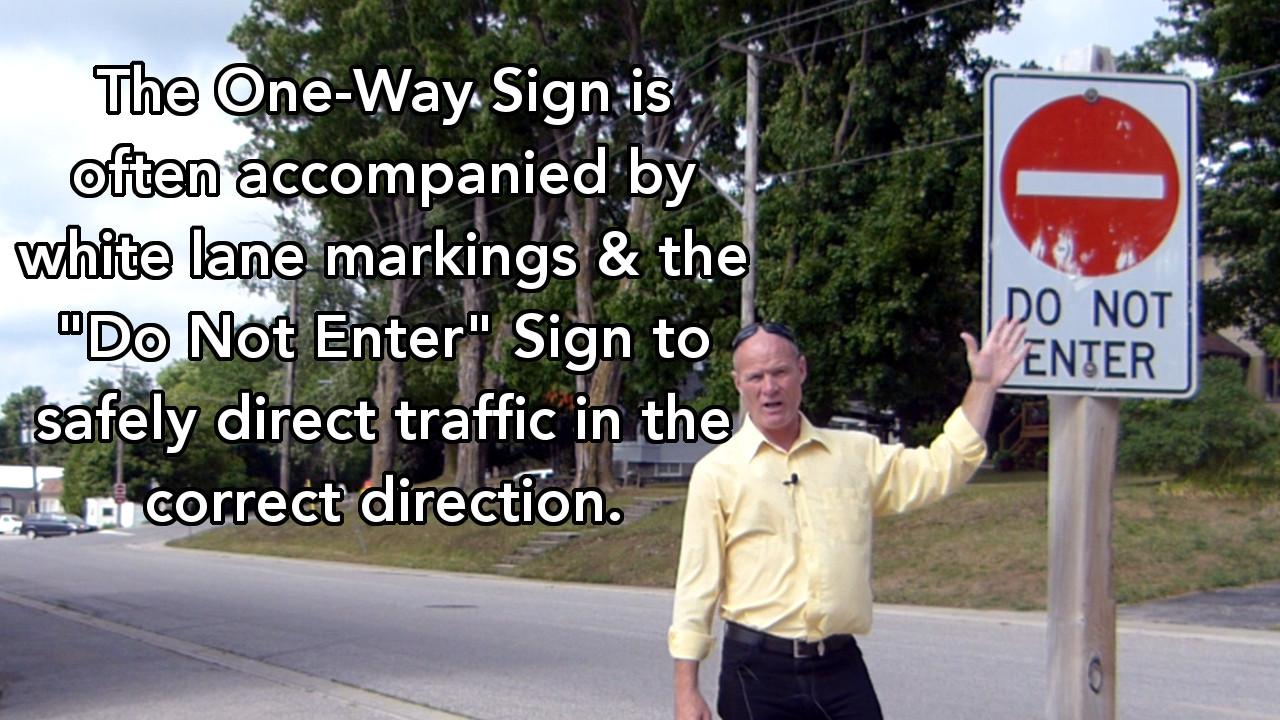 In combination with the do not enter sign the other way that you can tell that it's a one-way street is in North America the lines the lane marking lines will be white and white only. So take note of the lane markings on the roadway. If they're white it's one way and you'll know that if it's solid white line you can't cross over between lanes. If it's broken white lines you can. Oftentimes solid white lines are near or at intersections, so therefore you will know that you can't change lanes at or near intersections for the purpose of safety. Because as we know forty percent crashes happen at intersections.

If you like what you see here share, subscribe, leave a comment down in the comment section. All of that helps us out. Remember pick the best answer not necessarily the right answer good luck in your road test. Have a great day. Bye now!