5 tips & tricks to keep you accident-free after you get your driver's license and begin to drive solo.

- Hi, this is Smart Drivers Rick with "Smart Drive Test" talking to you today about five tips to keep you safe after you get your driver's license.

Staying safe after you get your driver's license.

You can always control the space in front of your vehicle. 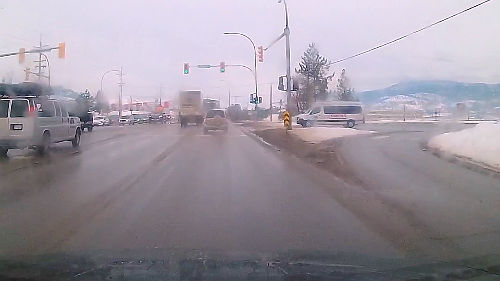 If you're driving a bigger vehicle, if you pull a trailer or graduate to an RV unit, or something like that, you probably want to go four or five seconds.

How to Measure Following Distance

If you can keep that habit, after a while, it'll just become second nature. 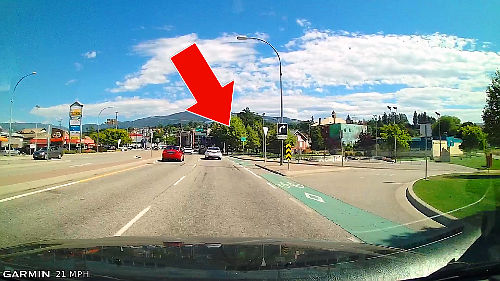 You'll know exactly how far behind the other vehicle you have to be, to follow a two to three second following distance.

And the other reason we measure in time, is because it's relative to speed.

Therefore, the faster you go, the more distance you have behind the vehicle in front of you, when you're measuring your speed in time and get your vehicle up to speed as quickly as possible.

Most people are going to do the traffic flow.

So keep up with the traffic flow. 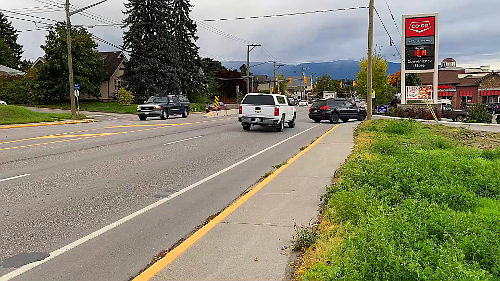 That way you're going to be much more predictable on the roadway and greatly reduce your chances of being involved in a crash.

So stay with the traffic flow.

If you're insisting on driving the speed limit because you're not comfortable, then drive in the right-hand lane.

Slower traffic stay right and that way you're not going to impede traffic flow.

As well, when you get out on the highway, make sure that you drive between the clusters of vehicles, because for whatever reason, motorists like driving together, which is not your safest option.

When you're driving, you want to be the lone wolf.

You want to be by yourself.

You want to have lots of space around your vehicle.

We're making sure that there's no cyclists or people on scooters or motorcycles or those types of things. 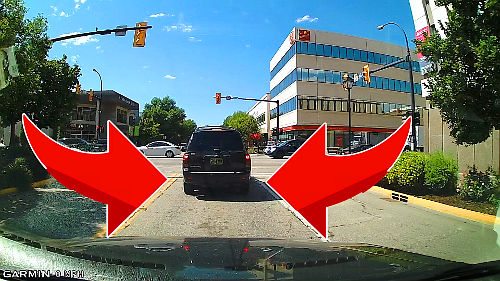 Again, seeing the tires of the vehicle in front of us making clear contact with the pavement.

Especially when you're in a queue and the traffic is moving slowly.

Never get closer than that.

Because if you get closer than that and you get distracted, especially in slow moving traffic, rush hour congestion, those types of things, you're going to get distracted because you're paying attention to something else or your mind wanders.

Be a Safer, Smarter Driver with these tips & strategies! 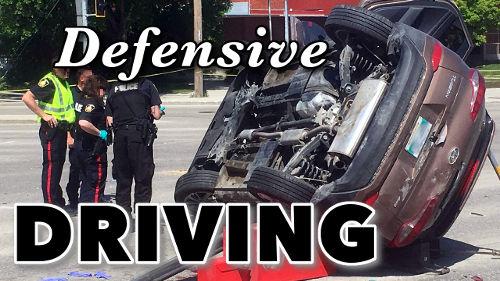 • EMPOWERMENT :: Armed with the RIGHT information and attitude you can handle any emergency;

• SELF-CONFIDENCE :: Get the exact skills and abilities to drive anywhere, any time, in any situation;

• CONFUSION :: Cut through the conflicting information to keep you and your family safe;

Get right into the left turning lane as soon as it starts. 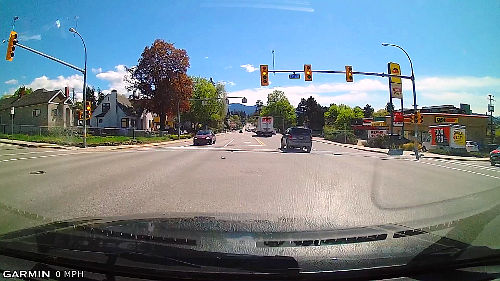 If you turn your steer tires to the left in preparation for making the turn and you're sitting there waiting, especially if you're on a highway at higher speeds and you get rear-ended, you're going to be driven into oncoming traffic, and you're going to have two crashes instead of one.

And again, when you're stopping in traffic, for stopping positions, make sure you stop back, so you can see the tires of the vehicle in front of you making clear contact with the pavement.

That is critical for staying safe and preventing yourself from getting rear-ended, after you get your driver's license and you want to be a safe defensive driver. 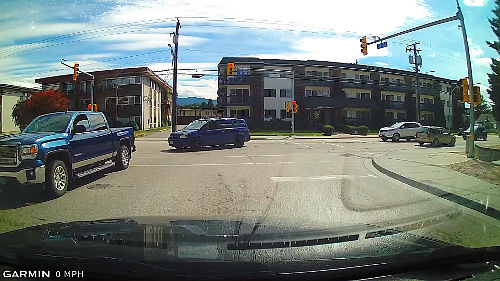 Stopping behind the stop line, just as it rolls under the front of the vehicle.

You want to stop at the stop line because if you don't, you can see here that I'm farther back than the vehicle behind me.

For left turning vehicles through the intersection, if I'm not farther back, they're going to cut the corner off and they could potentially strike the front of my vehicle.

Especially if it's a larger vehicle. 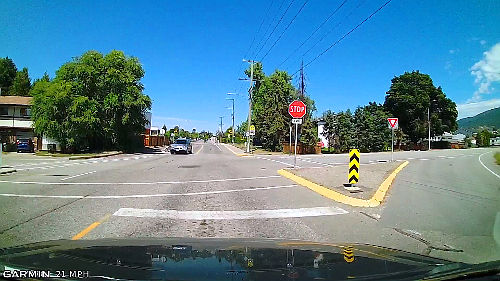 Where to Wait for Left Turns

And when we prepare to go, we move up, front steer tires on the front crosswalk line.

And what we're going to do, is when the gap presents itself from the other side, then we'll move forward and we'll meet that gap and we'll have a bit of speed going.

Now, the other thing is, here I'm probably going to have to go on the yellow because there's a big line of traffic coming. 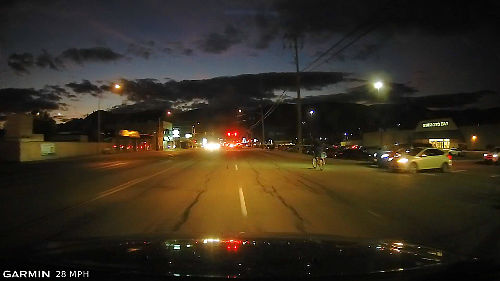 Going on the Yellow

And as soon as the light turns yellow, I proceed to clear the intersection.

Remember you own the intersection.

So clear the intersection expediently.

Make sure, double check, that the traffic on the other side of the intersection, has in fact, come to a stop before you commit to the left hand turn.

Because that's where new drivers get into trouble.

As they commit to the left hand turn, there's still a vehicle coming through on the other side and they end up in a collision.

And if you have a passenger on that side of the vehicle, they are the ones that are probably going to sustain the most damage, because it's a T-bone crash and there's very little in the vehicle over there to protect yourself.

Shoulder check immediately before turning and left lane to left lane and then move over to the right lane.

Mirror, signal, shoulder checking and moving over, keeping your signal on until you're completely in the other lane.

And lots of times I'll get drivers saying, "oh, the other driver won't let me over, "when I'm lane changing" and whatnot.

Okay? If you don't ask, they don't know.

It's like being in a relationship when you're fighting with your significant other.

You have to communicate with them. 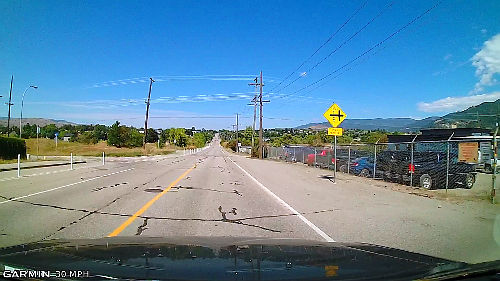 While you're driving and out on the highway, you want to figure out where your intersections are because 40% of crashes occur at intersections.

So, you want to scan the intersection.

You want to determine where other vehicles are and you want to map out where those vehicles and road users are in relation to your vehicle.

I've got yellow light up here.

And again, there you saw with the intersection with the vehicles coming out of the mall there.

Lots of activity going on.

You've got to kind of figure out what's going on there.

Not just a conventional intersection that's controlled or uncontrolled. 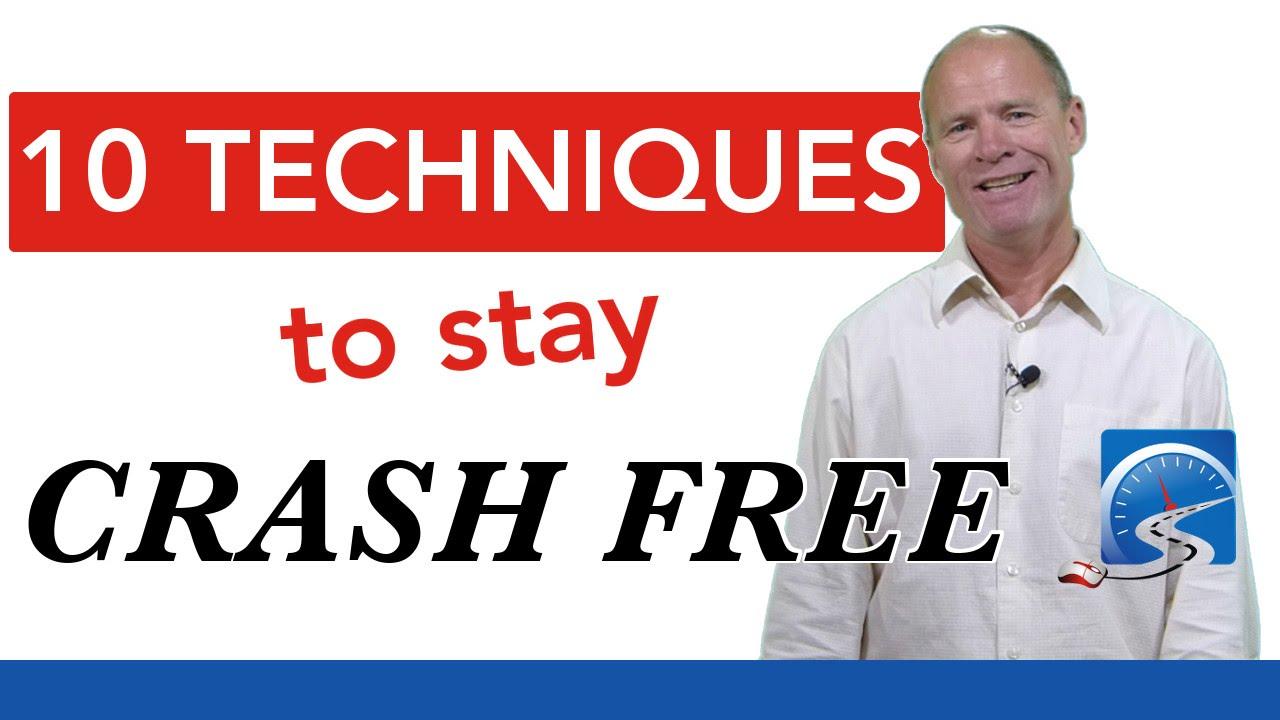 Those are all intersections.

Intersection means someplace that you're going to intersect with another road user or another vehicle on the roadway.

So if you can locate those.

Figure out what's going on there.

Then you can be proactive and do what you need to do before you even get there.

And that way you can continue to manage space around your vehicle and greatly reduce the chances of you being involved in a crash, after you get your license. 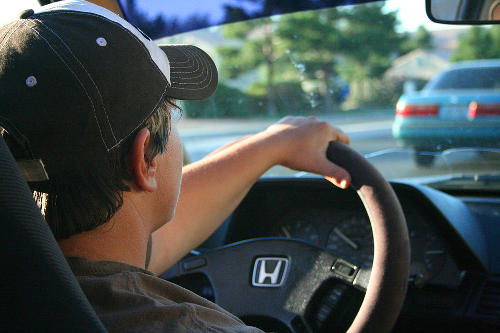 Those will allow you to locate intersections.

And remember our eyes are attracted to light and movement.

Most vehicles in this day and age are going to have daylight running lights and as well, they're going to be moving.

So you want to locate them at intersections, to make sure that you can cover the break or come to a stop, if you determined that they're not going to stop and they're going to move into your path of travel.

Stopping behind the stop line, just rolls under the front of the vehicle.

Come to a stop.

Four way stop, there's no one else here and we proceed.

And we're looking far down the road.

Keep your vision up, as you're driving, after you get your driver's license.

That will allow you to interpret traffic patterns and what other people are doing. 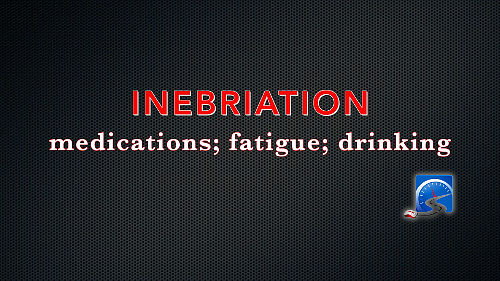 Those three things can affect your ability to drive safely.

If you are on prescription medication or you're taking over-the-counter medication, make sure you talk to the pharmacist and figure out what effect it's going to have on you physically.

If you feel the least bit off, in terms of your ability to operate normally, then don't operate a motor vehicle.

As well, drinking and driving.

I just don't need to say enough about that.

Because if you're out and you start drinking, you need to call somebody to come and get you or take a cab.

You could have a crash, injure, maim or kill somebody else or yourself.

So, think about all of that and for those young people look down in the description there and find the Contract For Life. 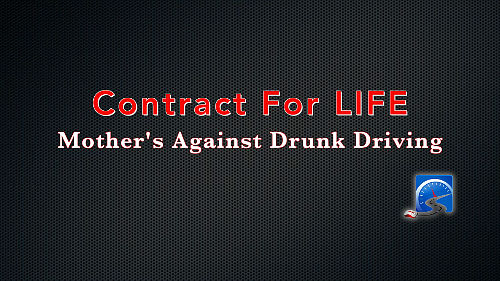 It's from MADD, Mothers Against Drunk Driving.

Sign that with somebody you trust that will come and get you.

You have a reciprocal agreement, that if you've been out drinking and you need a ride home, no matter where you are, no matter what time it is, they'll come and get you.

So I really advocate that.

The last one is fatigue.

I know that some of you are going to want to drive tired.

You're going to drive overnight.

If you're tired, pull off in a rest area and get 20 minutes of sleep. 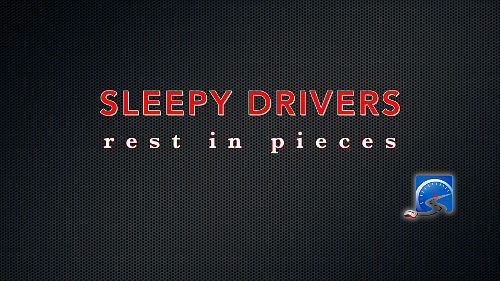 Talk to somebody else on the phone (hands free of course) or a passenger in the vehicle.

That will help to keep you awake.

Or eat something, rice cakes or carrots or something like that.

All of that will help to keep you awake while you're tired.

But nothing fixes tired, like getting a bit of sleep.

So, think about that before you go out on long trips, or you're driving overnight or those types of things, and I'll put a card up in the corner for you on night driving.

So I have a look at that as well. 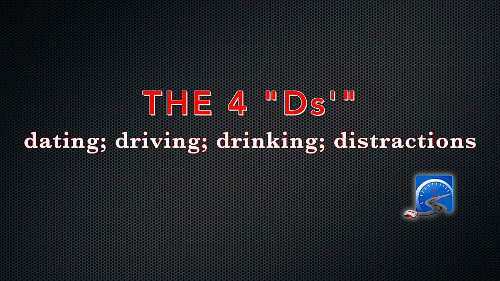 You know, if you can't keep away from your phone while you're driving, put it in the trunk or something like that.

And for those of you in your early twenties, remember you're facing the four D's: distracted driving, drinking, dating, and driving.

And you have very little experience with those things.

I know that you probably think otherwise because for some young people, we think we're immortal and nothing's going to happen to us.

But know that you don't have the experience to deal with two or three of those things all at the same time.

So, if you're dating with your girlfriend and you got some drama, or your boyfriend or whatnot, and they're texting you on the phone all of the time, and you're driving and the phone is going off and your mind is completely into what's going on with your significant other.

Then maybe stop and deal with that issue before you get back in the car and start driving.

Because that could potentially lead to a crash.

And remember, one thing in your life can change the rest of your life. 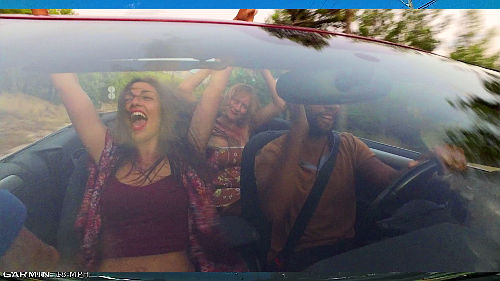 So don't risk it.

It's just not safe.

Pull into a parking lot.

Deal with your significant other.

Deal with the drama and whatnot.

We know as driving authorities, that new drivers are at a higher risk of being involved in a crash in the first year, first 18 months of solo driving, after they get their driver's license.

So, employ these skills, abilities, and techniques and greatly reduce your chances of being involved in a crash. 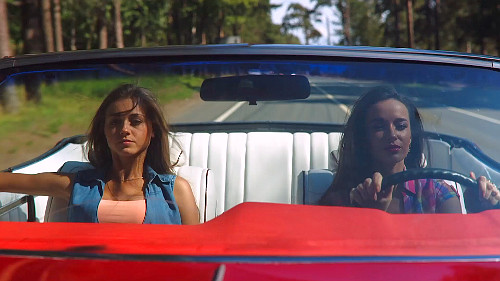 Stick around to the end, funny bits, and remember, pick the best answer, not necessarily the right answer.

Have a great day! Bye now.

And again, having, and again, blah-blah-blah, I can't talk.

Can't get that out.