How to drive on the right side/left of the road when world travelling - watch the video!

Hi there smart drivers, Rick with Smart Drive Test talking to you today about driving on the other side of the road.

Had a comment from Homer Sid, he was traveling from Australia to Los Angeles, California and wanted the 101 on driving on the opposite side of the road.

Yes, I drove coach for Greyhound in Australia when I lived there.

Driving on the Wrong Side of the Road in Australia

So I come out of the gas station where we picked up the passengers, got loaded on the bus and I'm talkin' on the microphone giving the information about going down the road, what time we were going to be there, when we were going to have our break, the safety announcements and those types of things.

And a little bit of distracted driving going on for those of you who have talked on a phone and tried to drive you vehicle at the same time. 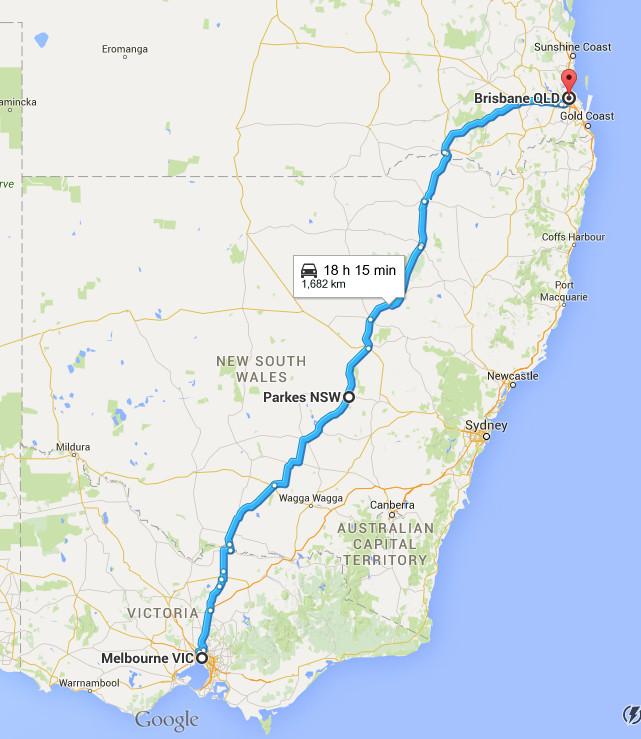 Made a left-hand turn out onto the highway to head south back to Melbourne and drove right over to the right-hand side of the road as I normally did because I drove tens of thousands of miles on the right side of the road and we're going down the road and I got it kicked up and I thought passengers were falling asleep and those types things.

And for those of you who've been to the Outback of New South Wales, you can see for a long distance across the flat.

I wheeled the bus over to the left side of the road and carried on with the trip thinking that I had gotten away with it and none of the passengers had realized that I was driving on the wrong side of the road in Australia in the dark with a truck coming at us. 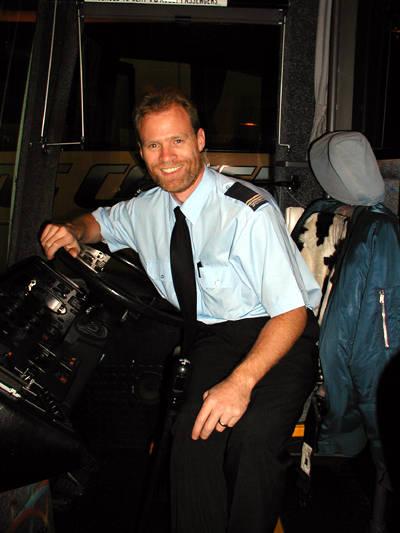 So today we're going to talk to you about traveling to countries where they travel on the other side of the road and some of things you might wanna keep in mind if you're driving a car or riding a bicycle or walking around so that you can be safe.

Hi there smart drivers, Rick with Smart Drive Test talking to you today about driving on the other side of the road. 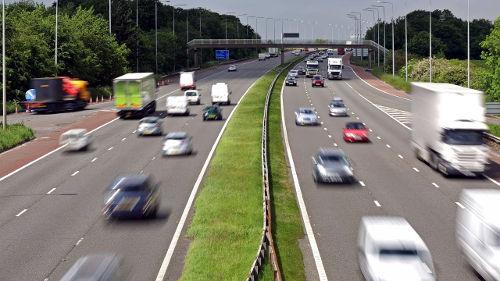 There are certain precautions that you need to put in place before you go to these countries so that you don't get run over in traffic.

Because as you know, we teach children and ourselves, from a very young age we learn what's called a traffic sense.

We learn that are there dangers on the roadway and we cross the roadway at intersections, we look a particular way for traffic and those types of things.

For those of us traveling as pedestrians we are the most vulnerable road user group.

And if you're deciding to ride a bicycle you're also one of the vulnerable road users in the world if you travel to a country where they drive on the other side of the road because when you come up to the intersection or to cross the road you're going to look the wrong way. 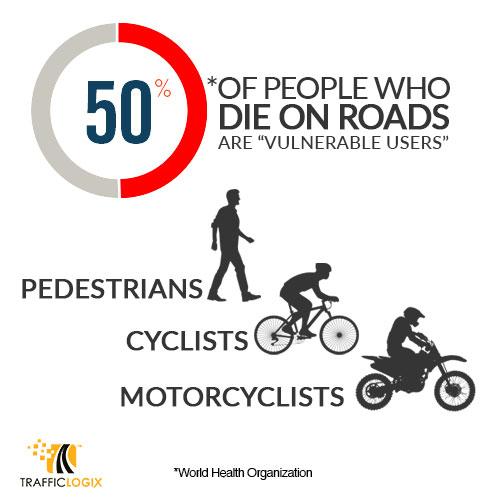 And actually if you go to London they actually have road markings right there at the intersection that for those of who are in countries that drive on the right, when we go to an intersection we look left.

When you're in a country that drives on the left you have to look right to ensure that traffic isn't coming and in London they've had quite a number of incidents where pedestrians have been struck because they look the wrong way and then stepped out into traffic and there was a vehicle coming from the opposite direction.

Walking and Riding Are Dangerous

So know if you're on a bicycle or you're a pedestrian that's when you need to be most careful.

And what I strongly suggest to you is simply look both ways before you step out into the roadway because I've had my times living in Australia and peddling my bicycle in Scotland on bike tours and those types of things where I looked the wrong way and then road out into the roadway.

Fortunately, the other very important sense that we have as human beings is sound.

So make sure that you're listening especially the busier it is and there's more traffic and urban noise and those types of things, make sure you're listening when you're walking around or riding a bicycle in these countries that drive on the other side of the road.

Good to Go When There's Other Traffic

Now driving an automobile, most of the time, you're not going to be in trouble.

Especially if there is other traffic, you simply need to follow the other traffic around and you're going to stay out of trouble because most of the road rules in the world are universal.

And if you watch my channel here most of the stuff that I teach about driving is universal and applicable in other countries.

Roundabouts Are a Big Transition for Drivers

Now the other transition that I had when I moved to Australia was roundabouts.

And I had a great deal of learning to do in terms of roundabouts and when I got my truck license I had to go into a roundabout and I kind of plowed into the roundabout.

Now it's not as big of a deal because in Canada and North America now we are beginning to get roundabouts here so the transition isn't as big as it was when I went there in the early 2000s.

Roundabouts really hadn't even been reintroduced into North America.

And they're single lane and they're two lanes and three lanes and multiple lanes so they can be fairly hectic and see the video, I'll put a video up here for you on roundabouts, if you're not familiar with roundabouts.

Use Caution When There's No Traffic

Now I will caution you the one time that you're going to get into trouble or you may deviate over to the other side of the road is when there isn't any other traffic.

And that's what happened in the introduction when I told you the story about the bus. 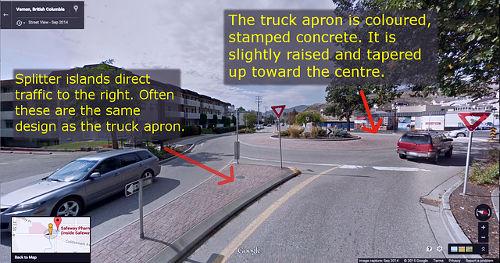 So I went and drove back on the right side of the road. So as long as there's other traffic follow the other traffic because then you're going to be alright.

Driving a Car is Relative

Primary Controls of the Vehicle in Same Place

Or if you're driving an automatic the throttle will be on the right and the brake pedal with be on the left.

So the pedals are in the same place.

Shift With Your Other Hand

The only thing that's different is if you have a column shift on an automatic or if you have a stick shift in a manual shift, you're going to be shifting with your other hand depending on which side of the vehicle you're on.

So that's the only other thing that's going to be different. And that's a little bit strange at the beginning but you pick that up very quickly.

Secondary Controls Will be Different

Because there were quite a number of buses that were imported from Europe.

The windshield wipers and the turn signals would be on opposite sides of the steering wheel depending on the vehicle brand.

But for the most part, it's going to be fairly easy.

Know that in North America if you do come from the UK or come from Australia that yellow lines divide traffic in opposite directions and white lines as a rule, divide lanes of traffic traveling in the same direction.

So the road markings will give you an indication of which way the traffic is traveling.

So those are some of things that you need to keep in mind when you're driving and moving to the other side of the road.

And as I said, just follow the traffic and most of the time you're going to be okay in terms of driving.

The only thing that's different is the gear shift. The pedals are in the same place, the steering wheel's in the same place, you're still sitting in the center of the road so it doesn't feel as odd as you think it might as long as there's other traffic around.

And when you're going to get into trouble usually when you're driving is when there isn't other traffic on the roadway.

And as I said, as a pedestrian make sure you look both ways because you're going to look the wrong way because we've been conditioned as young children to look a certain way because that's the way the traffic's coming from.

So I was a lot more cautious when I was walking around or riding a bicycle then I was driving a car. I mean still, I was obeying all the road rules and those types of things. But that's where you're going to get into trouble.

Do you have any tips for people traveling to other countries where they drive on the other side of the road?

Leave a comment down in the comment section there. All that helps out the smart drivers, world traveling.

Hit that thumbs up button. Check out all the videos here on the channel if you're working towards a license or starting a career as a truck or bus driver.

Lots of great information here as well. Head over to our website, good information over there.

And great online courses that you can purchase. Thanks again for watching.

Good luck on your license and remember, pick the best answer, not necessarily the right answer.