Learn how to NOT rear-end other vehicles when merging onto a freeway or interstate.

How To Prevent Rear-Ending Vehicles When Freeway Merging

Have you ever had these swear words escape your lips?

We will give you tips, techniques, and strategies that you can put in place to prevent yourself from being too close to other vehicles and accidentally rear-ending them.

This is an advanced driver skill that you will not be taught in any driver education program, and probably most defensive driving courses neither.

Esther was very generous to send in a dashcam footage of a crash that she had and we're going go over that and give you an analysis of that. Now preventing yourself from rear-ending other vehicles; it's a little bit like martial arts.

If you can read the signs and know what's coming, it's a lot easier to defend yourself or to counter the movement.

I would actually cut Esther some slack and say:

And when I point out the signs that are there and easily read, you go "Ha ha!" And you have a haha moment. And these aren't the road signs that are along the roadway, it's the road signs from the traffic telling you that something is wrong and that you need to put in a defensive posturing.

And you need to put in a counter that will protect you from rear-ending other vehicles.

That way and instant notification when I get the videos up for you.

Now as I mentioned Esther sent in the dash cam footage here. And as you can see in the footage she's on the off ramp. And it's a very long on ramp onto #99 south they're in Richmond, BC. 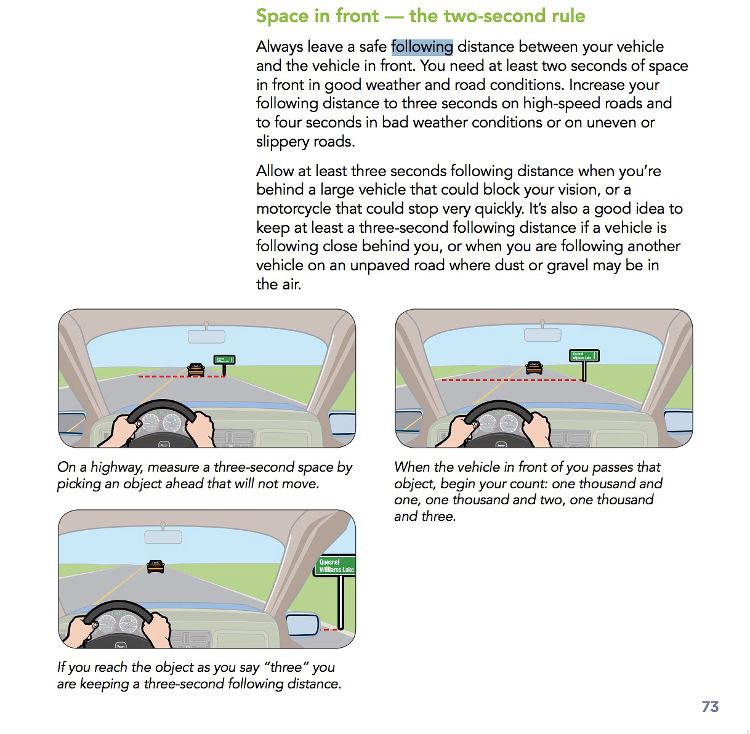 And here in this video footage you can see that this is not an ideal condition because the vehicles in front of her are telling her that the vehicle directly in front of her is tailgating the first car in the lead of three cars that are going around on the on-ramp here.

And the brake lights flash a couple of times and tell her and tell other drivers that. That in fact the vehicle is too close. As well, as vehicles get closer together the spaces between the vehicles shrinks and gets smaller, which also indicates to you that the vehicles are too close together.

And then accelerated, and she could have accelerated out on to the freeway and been up to highway speed and been away from those other vehicles.

And because she let off on the throttle and got a five--maybe even a ten second following distance between her and those other vehicles--then she would have backed off been able to speed up and get on to the highway with the correct speed that she needed, which was probably a hundred kilometers an hour out on to the freeway on #99 south there. 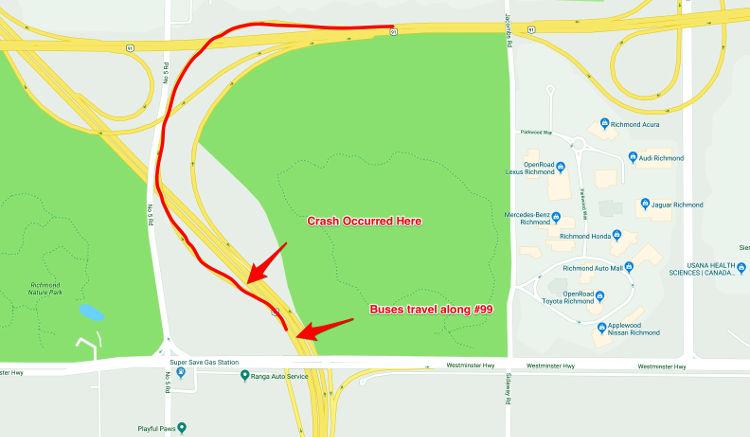 And then unfortunately, what had happened at the end was that she was busy shoulder checking looking out on the freeway looking for her gap, and what happened was that the car in front stopped and then the car directly in front of her stopped, and she ran into the back of the car. 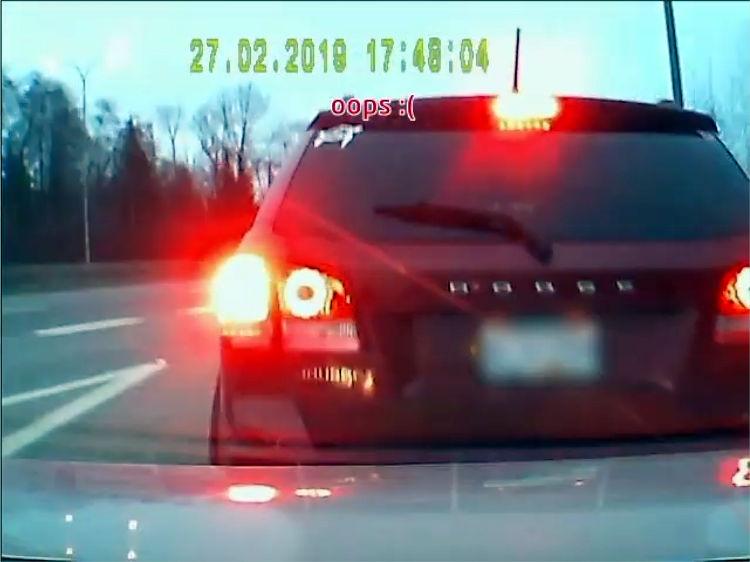 Fortunately, as I said, it was a minor crash. So that's essentially what happened and that's how you can prevent yourself rear-ending other vehicles.

If there's anything that indicates to you that the vehicle in front of you is tailgating another vehicles, back off, back way off - five to ten second following distance, and that will prevent you from rear-ending other vehicles. And I want to thank Esther again for sending that in and helping other smart drivers to be better, smarter drivers.

Now just before we finish up here, look down in description there and get your defensive driving checklist. Head over to the Smart Drive Test website and pick that up.

And that will give you some defensive driving tips, strategies, and techniques that you can put in place.

And that will help you to remain crash free. Thanks very much for watching. I'm Rick with Smart Drive Test. And remember, pick the best answer not necessarily the right answer. Have a great day. Bye now.