How to Drive Over Potholes

Learn how to drive over potholes!

How to Drive Over Potholes

Hi there smart drivers. Talking to you today about avoiding potholes. Yes we're going to give you some tips and techniques for avoiding potholes and prolonging the life of your vehicle's suspension. Stick around, we'll be right back with that information. [INTRO & UPBEAT MUSIC]

Hi there smart drivers. Rick with Smart Drive Test talking to you today about how to avoid potholes. I had a comment from Damien Jackson there in Montreal. And he was practicing his driving with his Dad and his Dad was getting a little bit upset because he was hitting all the potholes.

Now just a story about Montreal there. I was driving truck in Montreal some years ago and they're notorious for their potholes. And the story goes that they only fix potholes if a chicken will fit in the hole. Otherwise they don't fix the pothole. So they have lots of potholes there in Montreal that you need to avoid.

A couple of things you're not going to miss all of the potholes. It's just inevitable that you're eventually going to hit a pothole.

So when you do hit a pothole just keep off the brakes and let the suspension do its work. And then carry on when you get onto the other side. You can let off the throttle too; that'll make it a bit easier on your body and on the vehicle as you're going through the potholes. And those are a couple things that you can do.

Now just before we get started here Smart Drive Test helps new drivers get a license, veteran drivers to remain crash free, and CDL drivers to start a career as a truck or bus driver. So if you're new here, consider subscribing [POINTING] just about there. As well, hit that bell. That way you'll get instant notification when I get the videos up for you.

Now avoiding potholes: three exercises I'm going to give to you. The first is the two by four exercise. 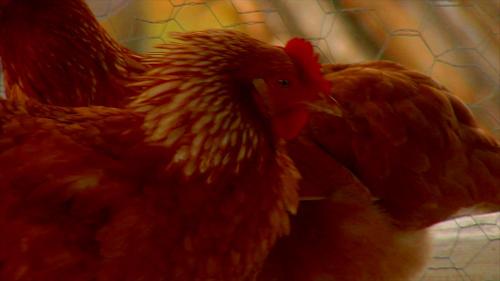 You basically passenger side and driver side wheels up on a piece of 2x4 - just on the ground. And I'll put a link down in the description there. You can pick up a chunk of 2x4 off Amazon, believe it or not, and have it shipped to your door.

The second exercise is just to go out to a back laneway or some other roadway that has very little traffic on it, and practice avoiding the potholes there. And then finally, out onto a roadway or highway and avoiding potholes there. 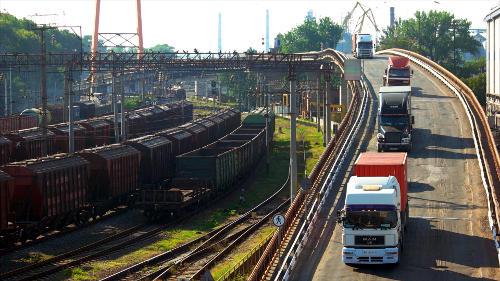 And I'll put a couple of videos up here for you learn to drive, and the Ohio maneuverability test. And those will help you out with learning how to drive.

As well, to help you out with learning how to use your mirrors because when I'm backing up for the two by four exercise, I have to use the mirrors otherwise I I just find it nigh impossible to be able to hit the two-by-four with the wheels.

So know that you're going to have to be able to use the wing mirrors on your vehicle as well to be able to do this two by four exercise. So let's hook up the cameras and show you how this is done.

All right, so here we go. Two by four exercise. The driver's side is fairly simple because it's not too far away. So you basically just line it up - nice and slow. There's the front and there's the back. 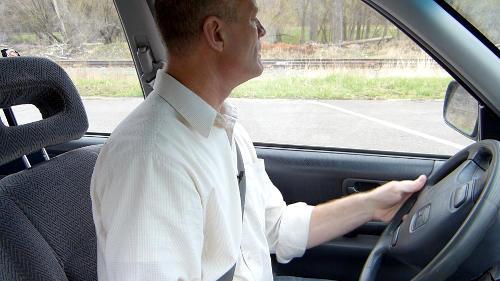 And I was not straight on that. So I only got about half of the two-by-four.

I didn't get the whole thing because I was cockeyed with the vehicle in relation to the 2x4. So we come around and we get the passenger side here. And the passenger side's a little bit tougher because you're a lot farther away. there we go and again even though I just pulled straight forward.

It's a fairly small target. And you can see I'm looking in the mirror here. I got to use the passenger mirror to be able to hit that 2x4.

So here in Vernon we have these back alleyways and they're full of potholes. So these are good places for you to practice avoiding the potholes.

And as well, you don't have to get a whole lot of speed going to be able to avoid them, but you can move back and forth across the lane here and get used to avoiding the potholes.

So there's one out here on the edge and you can move right over to the left-hand side of the road here and practice avoiding the potholes. And as I said in the introduction and the prologue, it's inevitable - you're going to hit a pothole if there's potholes on the road. 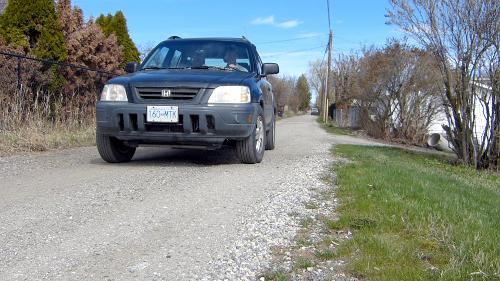 You're not going to be able to miss every one of them because sometimes there's just traffic too close to the edge or whatnot. And you don't want to be on the brakes when you're going through the pothole.

You want the suspension to be able to do its work and you just let off the brake and let the vehicle roll through the pothole.

And as well you can let off the throttle too. That'll make it a bit easier and give you a better ride.

So as you can see moving back and forth here to avoid the potholes. And you can practice doing this on one of these back alleyways and whatnot.

And sometimes the best place to let the potholes go is just go through the center of the vehicle and whatnot. And then that way you just straddle it with the two wheels.

So you've got to make that decision fairly quickly. And so looking farther down the road is going to help you to make those decisions as you're driving, as opposed to whether you're going to drive through the pothole and whether you can avoid the pothole. 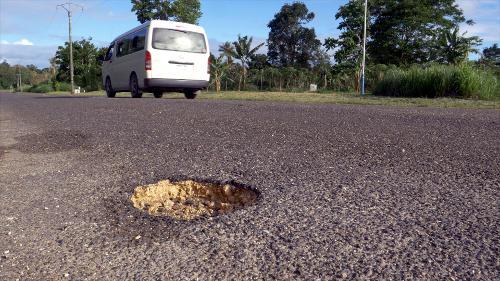 And you can avoid conflicting with other traffic. You don't want do that. So that's what you need to do for the purposes of avoiding potholes and making your ride smoother and keeping your Dad happy while you're driving.

And some of these commercial areas where you get a lot of commercial traffic, they're going to have more potholes than most other roads.

If you get roadways like this in Montreal there, you're going to get some of the roadways that are going to have a lot of commercial traffic.

These are going to be a lot rougher and have a lot more potholes than say other roadways such as these here. And the other piece for avoiding potholes is you want to move to the right if you're driving on the right-hand side of the road.

Move to the Outer Edge of the Road

That way you're farther away from oncoming traffic or traffic in the other lane or whatnot.

It's the same thing if you're driving on the left side of the road in the world, you want to move to the left—to the outer edge—that way you're away from other lanes of traffic and potentially oncoming traffic and those types of things some things. 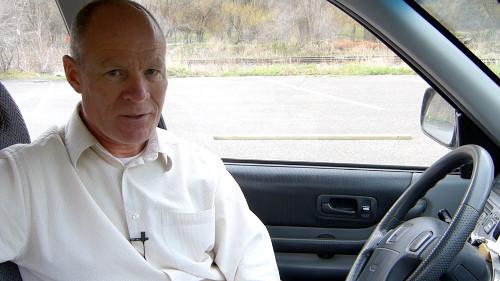 So you can see here in the dashcam that they filled in some of the potholes along this roadway and the bitumen - it's different colour. That's another clue for you to be able to maneuver your way through the potholes and the minefields that are going to potentially cause your ride to be really rough.

Where I was here in Vernon, there's some back laneways and those types of things. And then finally go out on the roadway and practice.

And know that you're going to have about 6 inches to a foot on each side of your vehicle (15-30cm) to move left and right to kind of avoid the potholes.

But as I said, you're going to have to have advanced space management skills because sometimes you're just going to have to get half the tire on the edge of the pothole in order to be able to avoid it.

So that's what you're going to have to do for the purposes of avoiding potholes.

For another great video click here. To subscribe click here. And for the PASS YOUR ROAD TEST checklist, click here. As well, thanks very much for watching. Good luck in your road test. And remember, pick the best answer not necessarily right answer. Have a great day. Bye now.