And as I said it was a bit of shock to his system. I think even for experienced drivers the conditions, the mud, the snow, the ice, working on really narrow roads, treacherous conditions would be a shock to their system. So a person who had no skills driving truck going there and learning everything they need to know about learning truck, plus the added skills needed to work in the oil fields would be a bit of a shock to anybody system. So today Bill is back on the second half of that interview talking to us today a little bit about the living conditions, how much money he's making, his goals of retirement, and the cost of living in Grand Prairie. Let's go now and talk to Bill.

We had breakfast yesterday, we talked about this was the isolation that long haul truck drivers experience - there isn't that same isolation, but there is incredible long hours that you're working while you're in the bush.

Ya, ya, the longest day I've had so has been 21 hours; and the shortest day...whatever - I don't know, who knows. An average day - figure on 12 to 14 hours. Right. You know, for an average day's work. You're not going to work at 8am in the morning and done by four o'clock. And funny, in northern Alberta if you're done at four o'clock they figure that's half a day and they'll say, "enjoy the rest of your day off." And they're serious; they actually mean it! 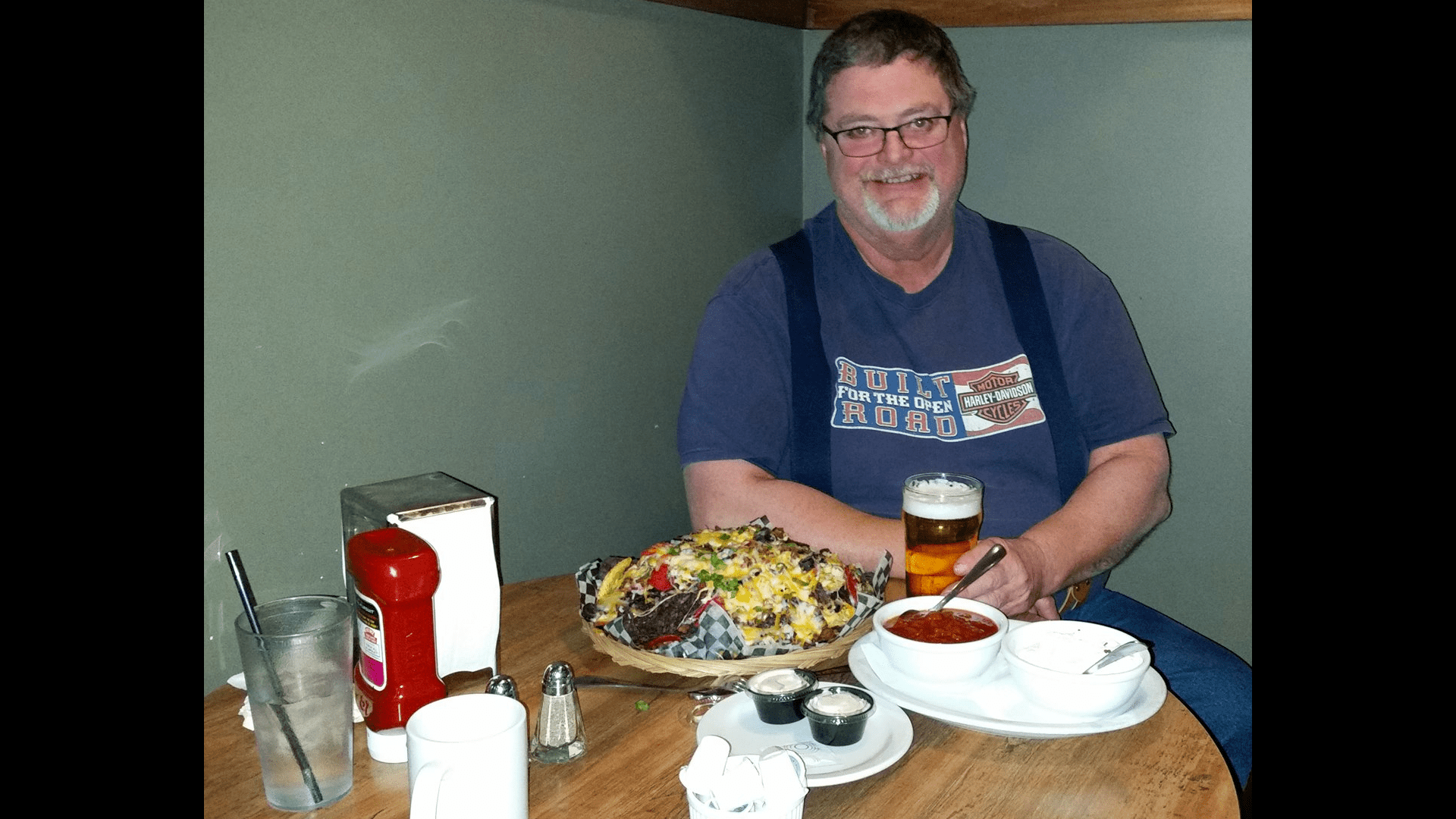 So and one of the other things that we talked about, is yes, you're making a lot of money, you're in the oil fields, you're in an isolated area, but because of that isolated area the cost of living is exorbitant.

Yeah - take money. Here in BC I know I laugh at Albertans - they say BC means "bring cash!" Yes. If you're talking about like, and I'm in Grand Prairie. Right. And that was a conscious choice before I went. That was all part of the process of finding out where do I want to work. Grand Prairie's the last northern outpost for Western Canada - like there's nothing north of Grand Prairie with Costco, with Superstore, with Canadian Tire, with all the majors. Yeah. So people will come from Yellowknife, from Dawson, from...you know all those places down there to shop. So it's all there. And your box store... I don't know if we can, brand names are brand names, but if you go to Costco their, Costco here, the prices are the same.

But do anything that service related: a restaurant! By myself, even in small towns... if I go out for a couple of drinks at night and a meal, I'm spending 50 bucks - for me, just myself! Just for you. Just for me. You know... well I took you out for breakfast there yesterday for 20 bucks and I felt guilty. It's like wow - jeez, this unbelievable! Yeah. And it doesn't matter whether you're computer repaired or your going to the auto shop, or you're going... anything service related is going to cost you a fortune. And rent's been high too. So yeah, you're going to go up there and you're going to make a bunch of money.

You're not gonna make it unless you work long hours. So you're going to work long hours and then you're going to pay a whole lot of it out for for things that you just wouldn't think you would. Just for the cost of living; just for being there. So there's that kind of trade off: that you're making a lot of money, but you're also paying a lot of money for cost of living? Yeah, and if you're careful with it you can save it and you can have more, you can have more money. Right. But it doesn't just fall into your pocket, like I thought it was going to when I went up there to start with.

So it hasn't been the cornucopia of money that you sort of thought it was going to be?

No, no, I... I mean I just come off the best year of my working career. And yet, you know I look at it... am i ahead? Yes. I'm ahead, but I'm not ahead nearly as far as I thought it would be. Right. It's not... I don't know that it equates to the amount of work you're doing. Right. You know, it's ridiculous! It's ridiculous hours 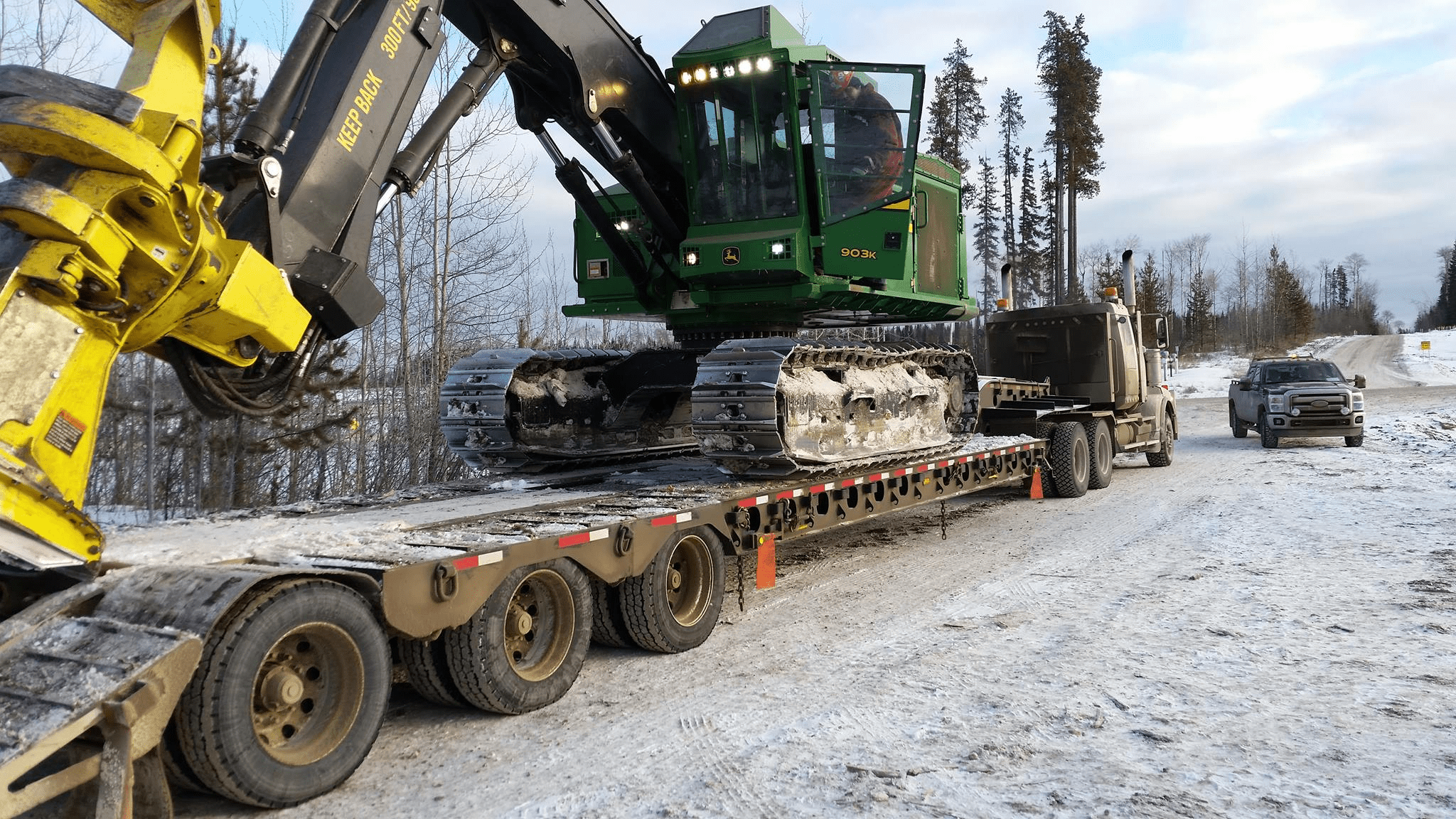 Yup. And I think it's the same with any kind of trucking: it's like Long Haul trucking. Yes you can make four, five, six thousand dollars a month, but that's your life. Right, and it sounds exactly what you're doing in the oilfield? You're probably working--I don't know--what 70, 80, 90 hours a week. Well, we have done.

Yeah, we just came off a stint there that in four weeks I worked 320 hours. And yeah, pay's really good - there's no question, pay's really good! But what did I do? Well, I went out for a couple of those $50 dinners at a roadside someplace. And then went out to the truck to go to sleep because it's sitting out in the parking lot running waiting for me for me so I get up the next morning and carry on. Yup. Yeah. If you're going to dedicate yourself to it and if you're going to go up to the patch to make money, you're not going to have a life! Just understand it before you go.

Yeah. Just one more point, your wife was with you for a period time.

She came up to Grand Prairie and then the winter set in and your wife who is Mexican, she's from Mexico has gone back to Mexico. Yeah, well it was, you know it was sort of self-preserving because...here's a woman who's changed countries twice because I met her in Southern California. So she was, you know, she'd been there for nine or ten years. I met her down there and then she came up to Canada. So she's not a weak woman. I mean, she's done some things are just incredible in her life.Yeah, And living in Vernon, BC... I mean, it's the Okanagan, and we talk about the sunshine tax here, but it's worth it. It's a nice place to live and she liked it here, so what I said, "we're gonna go up there for three years because our ultimate aim is to retire in Mexico. She said, "Well, I'm coming up with you." I said, "you can stay here and I'll come back and forth." "No, I'm coming with you." "OK, fine." So she did. I was up in September. She came up in January. Now, right after coming back from Mexico for a month, mind you. That would be a shock - bit of a shock. But we were lucky. We had 3 thaws last year, which is 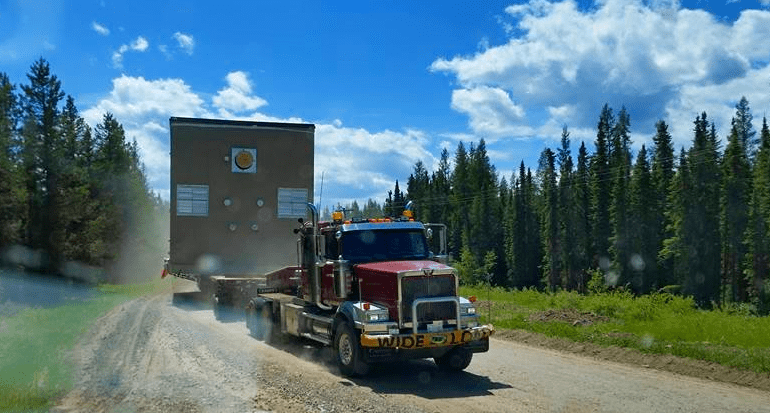 kind of awkward, but when she came up, it was one of the weeks of the thaws, so it wasn't that bad.

But the next week she went down to like -30°C below, and Mexican blood is not built for thirty and forty below! It is just not. And she wasn't... the other side of the oil patch is...you know, I'm not a doctor, I'm not the attorney-general...I mean, the surgeon-general. Right. But there's something up there. I mean, I don't think you can punch all those holes in the ground without some noxious stuff coming out. And I mean, you'll know that before you go, before you even get a job. You're gonna be trained in H2S, you're going to have to have your First Aid, you're gonna have to... you know And that's just to drive a truck. So there's stuff going on up there and i don't think it's necessarily all healthy. But she just wasn't that healthy.

So this year I said, "look you know, end of October, go to Mexico; go to your family; spend six months there. I'll come down and get you in the spring and I'll be good and ready for a holiday. That does two things:

1) it got her out of the winter, got her with her family. I know that she's not sitting at home alone getting depressed.

2) It allows me the freedom to not worry about her sitting at home.

So that I can live this crazy lifestyle and go out make the money I went up there to make. In fact, she left on the 29th or 30th of October, and I can't remember which day...November the second, we started this run. I was home three nights up until the following Friday, which is just before Christmas.

Seven weeks Three nights in seven weeks. I was home. So that makes it pretty tough when you're trying to have a relationship with somebody, and you're just gone all the time. And worried! Yeah. And don't think that doesn't play on you! If you're wife's at home and she's not happy and you like your wife. I'm not talking about... love is different, but if you like your wife you don't want to see them unhappy. Yeah. And you know it's making them unhappy; and there you are out there doing it. So it plays on you, so that's taken the weight off me, and it's taken and made her life a lot nicer. So that by the time this winter is over, we're still gonna like each other, which is nice. You know, as well as love each other. We're going to like each other; it's gonna work. So that what we're going to do that up until it's time to retire. Tremendous.

I'm Rick with Smart Drive Test. This is Bill Walker. He's a truck driver in the oil patch near Grand Prairie and some great insights for those of you who might be thinking of going up to northern Alberta and driving truck. Have a great day. If you like the channel, subscribe below. By now. Bye.