Driver's with disabilities can drive! Learn how here.

- Drivers with disabilities can drive, and there's a lot of options available to them.

On a trip to Calgary we caught up with Nelson Chateauneuf. 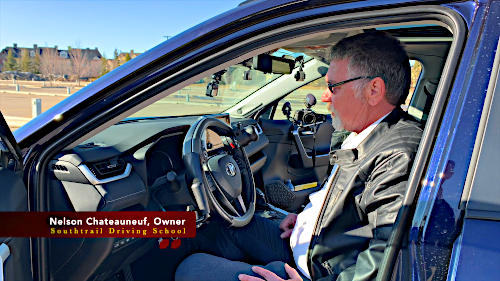 He's the owner of Southtrail Driving School, and he went over all of the options available to drivers with disabilities.

It's called the RF360 Mini, where you got all six buttons here for the different functions around your car.

So in order for these to work, I got to start the car.

Same as any other instruments in your car.

You got to start your car for them to get, to work. 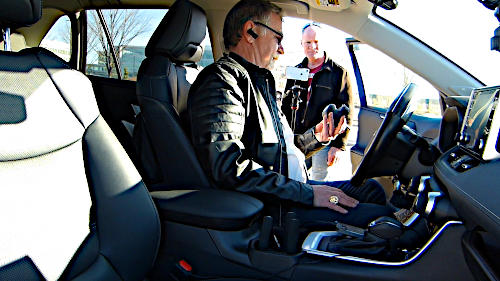 So here we go.

We got our regular signal, right.

Secondary Controls for the Vehicle Right On the Spinner Know

Signal left and I push it on again, to cancel.

And it cancels by itself after 15 seconds.

As long as you got your foot on the brake or your hand on the brake, the signal light stays on. 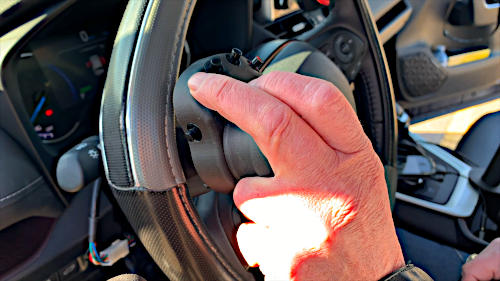 Okay, and you've got to click on it four times to turn it off.

And again, here, the right hand signal, turn it off.

And my windshield washer is on this button here. 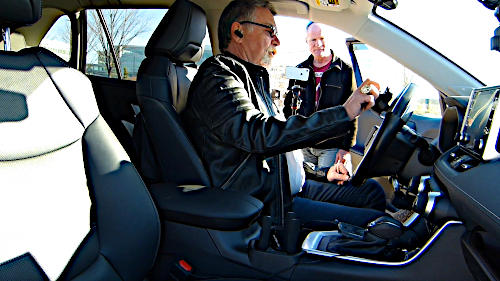 So this the newest of Sure Grip technology here for hand controls.

And then you can have it on the right side or you can set it on the left side.

It's, so this way here, you don't let go of your steering wheel.

And again, it's made by Sure Grip.

It's a Canadian company.

Well-known from New Brunswick and they got the buttons flush and it's a different kind of a handle.

We also got the Tri-Pin, for, So here we go.

So you keep, and it could tighten up.

So you got the Tri-Pin, comes in pretty handy.

It's being used, but again they have to let go to go honk their horn. 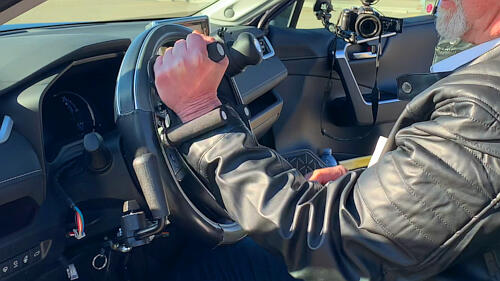 So now I'd like to introduce the hand control part of it.

So I turned the car off.

And in order to activate the hand control, I got to push a button here. 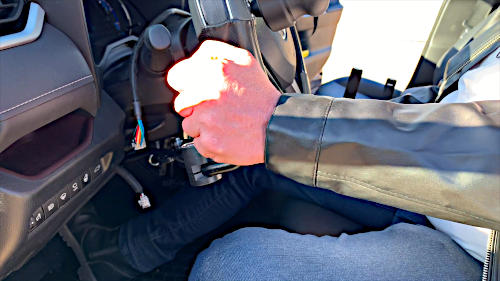 Hand Control to Operarte the Gas & the Brake

So that's again, safety because you don't want your mechanic just to be running your car with the system.

It's called the push-in rock angle.

So there you are.

You can cruise all day. 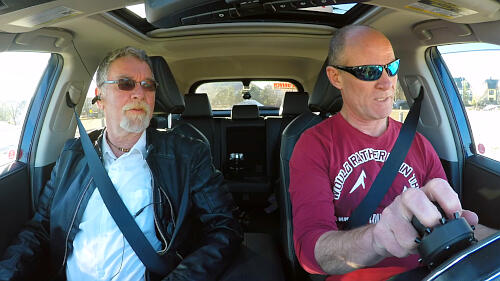 Work your way to Vancouver or Halifax.

And you'll be just as safe as any other driver.

There's no reason why a person with a physical disability can not drive.

So I encourage anybody, everybody, that needs this kind of system to do it.

Okay, now I'm going to show you another system now. 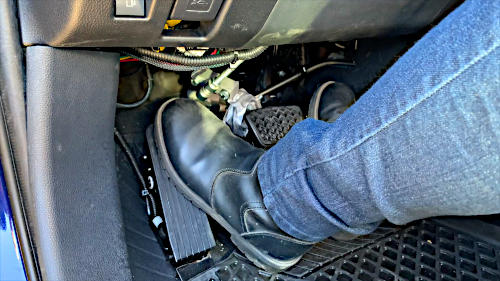 - So this would be for amputees who don't have the right leg they would able, to be able to drive with their left leg?

- So amputees or people that's had a stroke, paralyzed on the right side, now they can drive on, everything on the left side.

So here we go.

So now we got the left gas pedal and we got our spinner knob with the six functions on it. 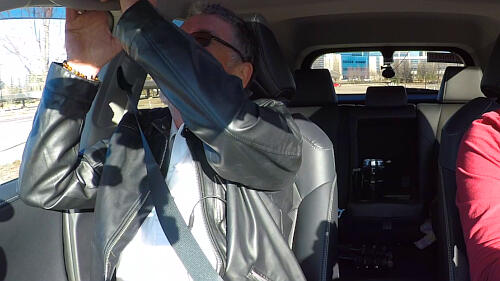 So here we are going with Rick testing, this new hand control.

I got my seatbelt on and I'm holding on.

And then we'll go out on the streets just slowing down on your corner.

The car's not going to pull.

- Yeah, so it's interesting because it's just this, just twists and then to brake, the whole assembly moves forward.

You're right, it is. 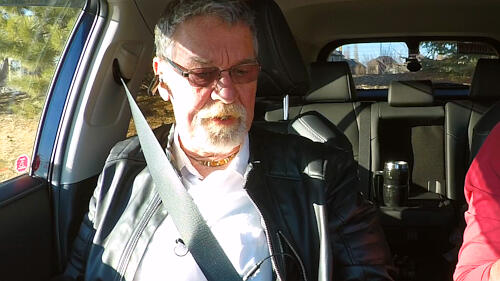 The whole thing is like the brake and everything, is sensitive.

- [Nelson] It's like, you're getting a new cell phone.

This system here, they get used to it, like within a couple hours.

- Well, and it's very intuitive too, right? Like we're moving forward.

All your momentum is going forward when you're braking. 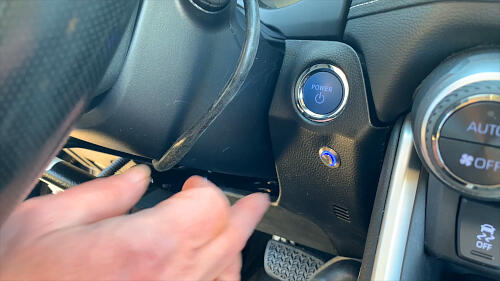 So you're already moving forward, so it's helping you to brake, right?

And then when you pull back, it's, you know, it's not something that you're going to mistake when you're driving.

Now, the only thing, like you said pre- before is the risk is to resist taking your hand off the wheel.

So that was what the old Spinner Knob System.

As this one here, you don't need to take your hands off the steering wheel, so-

And then the other thing- that I want to work on is, and then signal, slow down, and then around and then I can cancel it, or it will cancel on its own, as you said. 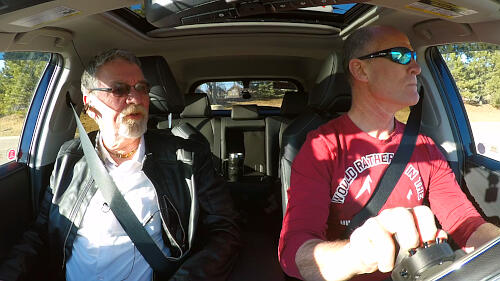 - As if you're using the regular Spinner Knob, you're going to be taking your hands off the steering wheel, or the Spinner Knob-

- to go signal, honk your horn, use your wipers, which is highly unsafe.

- to get into a collision, real quick, and, it distracts also your, you know, the old system, your reaction time.

So it's going to take you longer to react with the old system.

- I have to say I'm a huge advocate of backup- 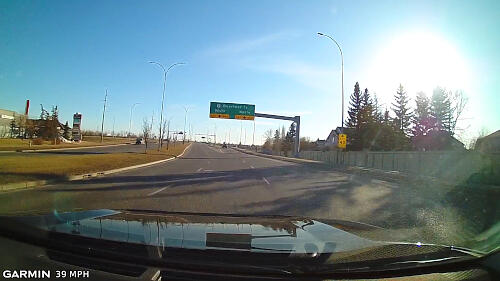 - So here, of course, you know, to put it in gear, you got to put your hand on the brake.

- So it's safe to change gears then.

- Now the only thing, it's an automatic transmission, obviously.

I advocate putting on the parking brake.

The only thing is is that this vehicle would be a foot control for the parking brake, right?

This one here has the automatic-

If you've got the foot one, then there's a call, what they call the brake extension. 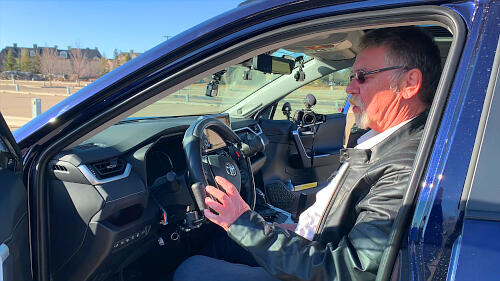 brake and, they push it down.

- I'm still getting used to these newer cars having these electronic parking brakes.

- Well, I still show the kids, you know, before their road tests on, during their lessons to put it on-

- [Nelson] Even though it comes on automatically, because I want them to get used to it.

I'll try to stay out of the puddles in your nice clean car. 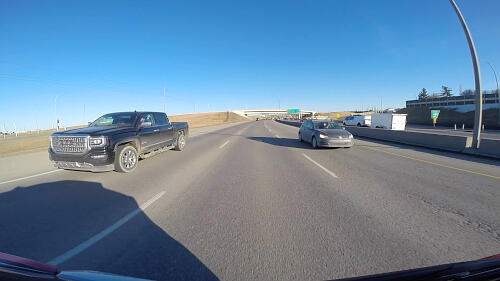 - [Nelson] I wouldn't worry about it.

I wash it every day.

Rick is, feel pretty confident here with this new system.

And now always tempted with my right foot, to push the brake pedal.

- Now that you say that, I have my foot-

- Your foot on- over the brake pedal. 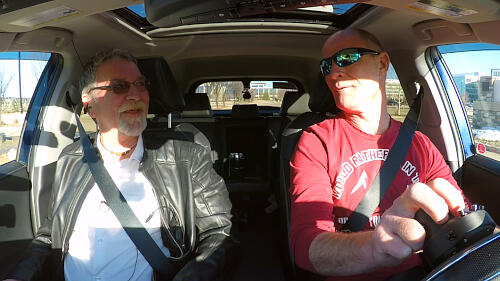 - And what my instructor says, he's watching me.

He says, "You do that one more time, I'll tie your foot to the seat."

- And I'll give you lots of warning.

It's always straight unless we ask, Mr. Student.

So let's see how Rick does here with signaling.

So he signals left, shoulder check to his left.

Make sure no Pokemons are there.

Starting May 31st, where there's no yellow lines-

- [Nelson] Speed zones will be 40 kilometers. 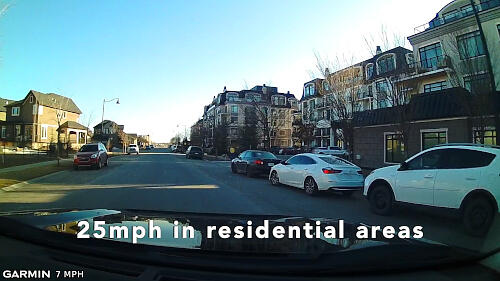 - But we're in a park zone right now, 'cause that sign back there said it was a playground.

So, and playground here.

-And a playground here.

- I'm just not used to instruct a pro.

So here we could take Deerfoot south, so you'll have to change lanes.

- [Nelson] is going to signal, another mirror, mirror, shoulder check.

I watch a lot of his videos so I got a pretty good idea of how he does it. 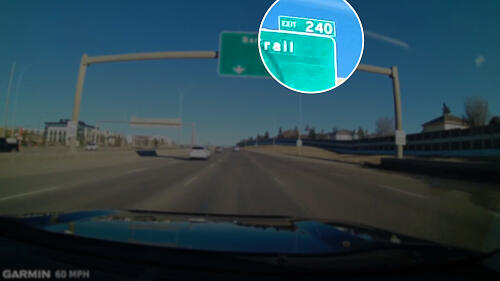 What the Heck are Mile Markers?

So you see on top of Barlowe Trail, the sign that says exit 240?

- You got me already.

All right, you got it.

Most people don't know this.

Kids, you know I'm, I tell them we're 240 kilometers from the border.

So, is zero the border, then? 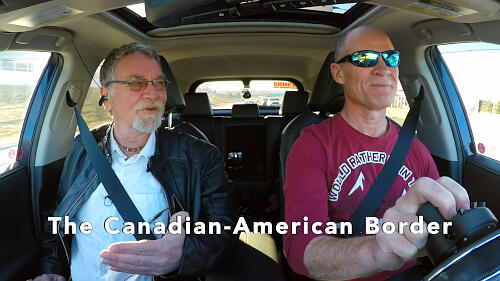 - [Nelson] Zero would be the border.

Government Assistance for Driver's with Disabilities

- So with 1% of the population being physically disabled, apparently 75% of that 1% is on the Age Program where they receive some government aid.

How about if we pull over Rick and use the left gas pedal now.

Yeah, I'm so glad I got into this part of the business, of driver education. 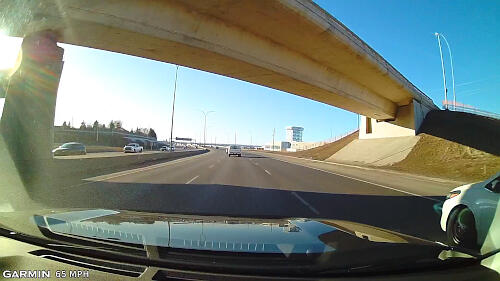 They really appreciate it, and that- Wrong pedal, Rick? 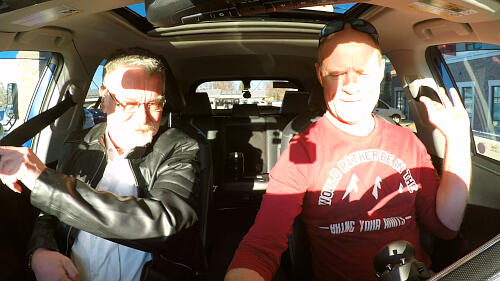 Okay, like I said, it would take me a couple of days to-