Many drivers are intoxicated and crash...but not for the reasons you think!

So we're going to see if there's any smart drivers here who can tell me what game they're playing at the beginning of this movie clip of a Hopper (Released 1978). 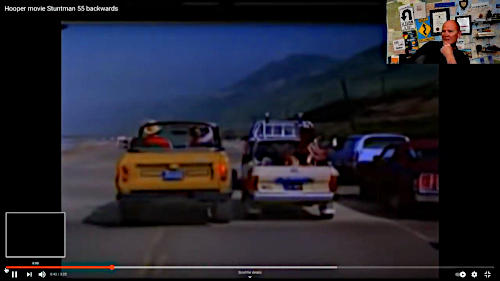 Opening Clip from the Movie Hooper

Rick with Smart Drive Test talking to you tonight about crashes.

And how to avoid crashes.

Unfortunately a lot of it has to do with simply attitude.

You know the saying: “just because you're right you could be dead right.” Stick around, we'll be right back with that information.

Last year at this time there was a terrible crash in California.

Too many new young people in an SUV.

The person that was driving was a probationary driver.

The driver went around the corner flipped the SUV over. 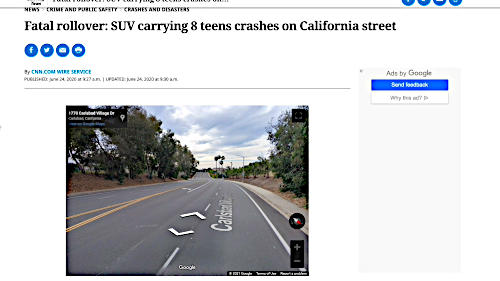 And unfortunately the young teen that was in the back of the SUV was the one that was killed.

So you know, if you get in that situation and there's a bunch of you piling into an SUV in the middle of the night.

I don‘t think that the probationary was driver was drinking but according to probationary licenses (GDL program) you are not allowed to have more than one passenger in the vehicle.

So this is one of the ways that it keeps you safe. 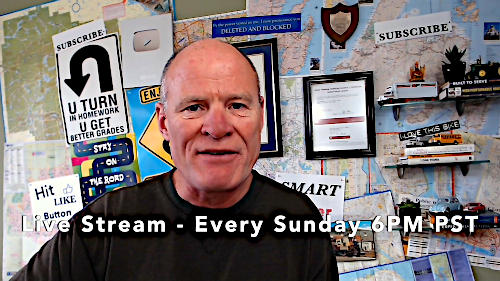 We answer all of your questions about driving, passing a driver's license test, becoming a safer smarter driver, or starting a career as a truck or bus driver.

CLICK up in the corner here, set a reminder for Sunday's live stream and we'll see you then.

Down in the description is MADD’s “Contract for Life.”

If you are a new driver, a young driver, I really encourage you to go over there and pick that up.

If you're a parent with teens or new drivers I encourage you to go over there and pick that up as well. 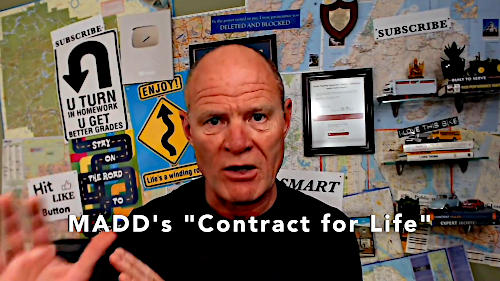 And essentially what it is is a contract between parents and new drivers or other people, guardians or those types of things.

Essentially if you're out and you're drinking or you've been imbibing or you've been you know now that marijuana is legal any of those things and you're unfit to drive it's simply a contract that you can call your parents, your guardian, your friend, whoever you signed the contract with and say: “Listen I need a ride.

Can you come get me?”

It doesn't matter where you are, what time of the night it is, you will do that.

That's what the contract is about and it works vice versa.

It's a reciprocal agreement. 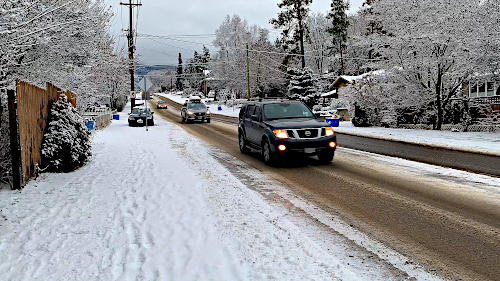 It goes both ways.

So I think it's such a great tool.

It opens up the discussion to talk about drinking and driving.

When Do Most Traffic Crashes Occur?

Because you know, most traffic crashes do not happen in bad weather.

They happen in clear weather, dry roads, the driver is often sober.

Many, many crashes happen and they are single vehicle crashes.

And Tim can probably talk to this little bit as a retired RCMP police officer.

The reason why it happened - they really don't know. 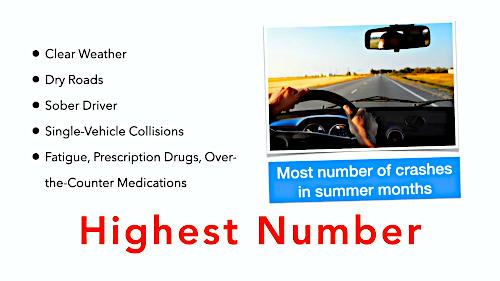 But we as traffic safety authorities do have some ideas and some theories about why these happen.

Drivers fall asleep at the wheel.

Most people are not intoxicated from alcohol or illegal drugs such as marijuana, cocaine, fentanyl, and those types of things.

Most people are intoxicated when operating a motor vehicle by prescription medications and over-the-counter medications.

The ‘T’-bone crashes often happen on left-hand turns this is why they are such a high-risk maneuver for new drivers.

And airbags too have improved tremendously.

When airbags first came out in the late 1980s… and here's another interesting trivial bit of information about airbags. 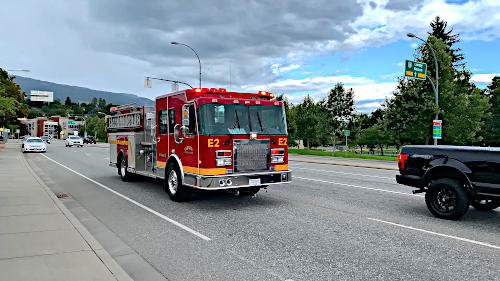 Airbags first were patented….the first patent on airbags came about in the 1950s; yet the first airbags weren't mass-produced on vehicles until the late 1980s.

And in the late 1980s and through the early part of the 1990s a lot of people in head-on crashes sustained severe injuries--severe facial injuries-- occipital bone here underneath your eyes, noses all these were broken or fractured because of airbags deploying while in a crash.

And so what happened was, is you would have forward momentum in the crash, the airbag would deploy at full force.

So what would happen was that the person would be going forward like this, and they would slam into the airbag.

Their face would like slam into the air bag as it was coming forward [slamming fist against hand].

And because I drive an old car, I don't allow my daughter to sit in the front seat because that's what happens is the airbag just deploys at full force.

Today they have made engineering advances in airbag technology. 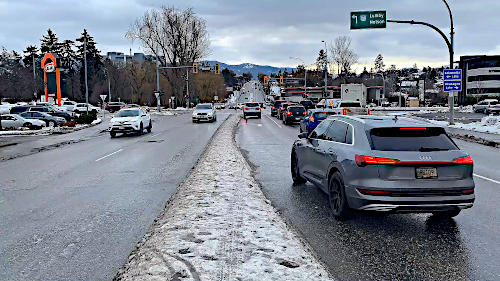 And now what happens is that when you are in a crash, and you're moving forward, the airbag deploys at a very high rate of speed.

So it deploys here, you're here and then by the time you hit the airbag the airbag is already deflating.

So that it softens the blow of you going forward in a front-end crash.

So it's not as severe as it once was.

My step-dad had a beer between his legs the whole time he was driving.

Every weekend when we went up to the trailer and whatnot, he had he had a beer between his legs. 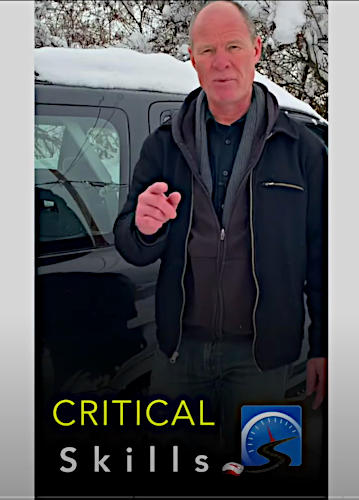 That's was just part-and-parcel of driving.

What Happens if You're In a Crash

Now you need to know now that in most states and provinces that you only call police, and police will only arrive if there's more than five thousand dollars in property damage.

Also police will only arrive if there are injuries.

If there aren't injuries and everybody's fine, move the vehicles off to the side of the road and collect the information from the other person that you need you know: license number, address, of course that's going to be on their license, their insurance information.

You know the type damage.

Also draw a diagram because pictures all together will not give you the whole scene of what happened.

So draw a diagram.

That way it's going to be easier for insurance people to figure out what they need to do and those types of things. 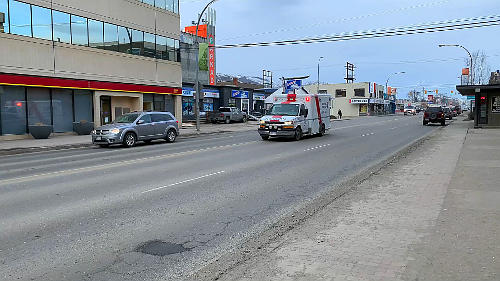 And then you know, if it's a minor crash where there's no injuries, you know there's just a bit of property damage, there are accident reporting centers that you will have to go to the next day.

And they will examine your vehicle and determine what needs to be done.

For those with tests coming up this week, good luck on that.

If you have any questions about any of that, driver's test, driving, becoming a cdl driver, leave me a comment down in the comment section.

We'll do we can to help you out.

Have a great night.