North Carolina joins Wisconsin in moving their learner drivers to the provisional stage of the GDL, waiving the first on-road driver’s test

In the late-1990s, I sat in a course to become a licensed driving instructor.

In his introduction welcoming us to the course Chris Daugherty, the chief instructor, said:

“what you teach these new drivers will NOT prevent them having a crash! But…one bit of information that you say in your time with them, may save their life.” 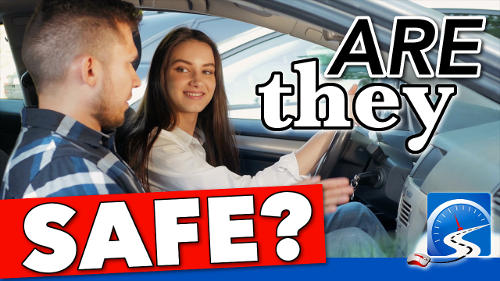 Backlogs of DMV (Department of Motor Vehicles) driver’s test are being handled differently throughout the states:

• outsourcing the testing to driving schools;

Wisconsin and North Carolina have taken a bold and viable approach.

Those states have passed legislation that moves learner drivers to the provisional stage, thus waiving the first driver’s test.

The governor and other traffic safety experts know that new drivers’ safety is not compromised.

More importantly, authorties know that it's better to move drivers to a provisional license with insurance and restrictions that allows them to be monitored than to deny these drivers and have them driving with NO license and NO insurance.

To qualify for a provinsional license, these drivers have to meet both the prerequisite qualifications and the conditions set out by the state’s GDL (Graduated Driving License). 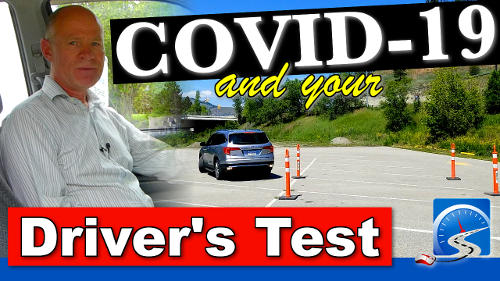 In other words, new drivers are on a short tether.

This initiative, however, failed in the state of Georgia.

Sarah Casto, a driving instructor, falsely claimed that new drivers and their parents were irresponsible.

With this misleading evidence, she brought political pressure with a petition of only 2,555 signatures.

New drivers that thought they wouldn’t see a driver’s test for some time were forced to book and take a closed-circuit test.

Casto claimed that car crashes were the number reason for deaths amongst young people.

And that is correct—because for most young people it’s the only high-risk activity in which they engage!

Health related deaths, such as cancer, heart disease and others are the leading cause of death for Americans. 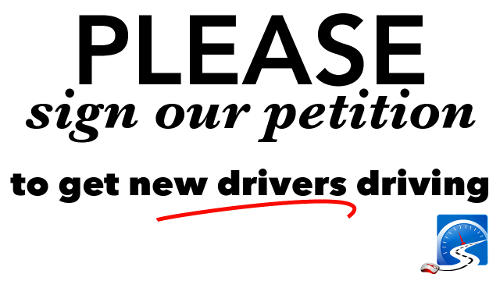 And because most new drivers are in school, they’re not exposed to the risks associated with the workplace deaths.

To say that young people are at a high risk of being killed in a car crash and not providing context absolves new drivers of responsibility.

In other words, the information that most driving instructors and others rely on is taken from a time before GDL programs becoming mandatory for new drivers to earn their license.

All GDLs imposes restrictions on learner driver and continues this in the probationary stage.

2) no electronic devices while driving;

3) only one other person in the vehicle, unless a family member;

5) And most can’t drive between 11pm and 5am – night driving restrictions.

Every GDL in every state imposes these 5 restrictions or a variation thereof.

And drivers must hold their provisional license for a minimum period of time – often one year or until they are 18-years-old. 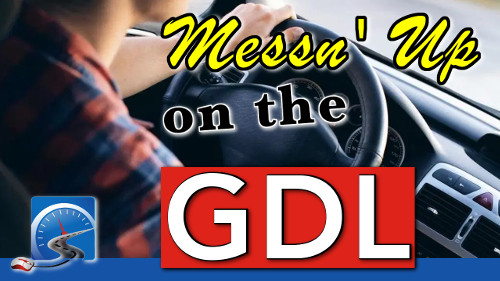 In addition to the sanctions imposed by the GDL programs, a groundswell of public awareness programs has provided information about a wide array of traffic safety issues.

These include drink-driving, marijuana and driving, distracted driving, and texting while driving to mention but a few of the many initiatives.

MADD (Mothers Against Drunk Driving) provides the “Contract for Life”.

It is a contract between new driver and family members that puts in writing a reciprocal agreement that both parties will pick up the other and drive them home if they’ve been drinking.

The caveat of the contract is that there’s no judgment; there’s no punishment; or consequences.

The party picks up the other person and drives them home…no matter where they are or what time it is.

In addition to the public awareness initiatives, cars are safer than they were even 10 years ago.

Almost all vehicles in the last decade have been fitted with ABS brakes (Anti-lock braking systems), power steering, some form of traction control, collsion-avoidance technology, and a host of other safety features. 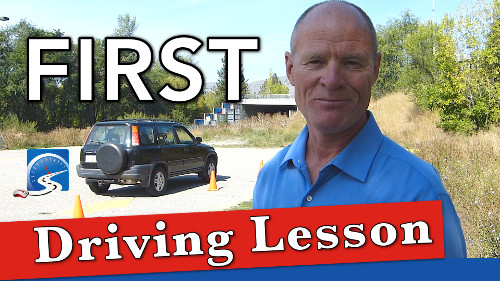 And the safety rating of any vehicle is readily available to concerned parties on the Internet.

In addition to automotive and road safety features, vehicle air bags in combination with seatbelt-use tremendously lowers fatalities amongst young people and the general populous.

Since the early-1990s, seatbelt use amongst drivers and vehicle occupants has been above 90%.

Road engineering in the last 2 decades has all but eliminated vehicles crossing over their lane and crashing into oncoming traffic.

Engineered barriers and rumble strips have prevented an untold number of deaths.

Finally, the Internet has provided a wealth of information in the field of driver education.

New drivers now have access to a host of driving instruction videos to make them smarter, safer drivers.

YouTube channels and websites such as Smart Drive Test, the Automobile Association of America, the state-run DMVs and other vested parties provide audio visual aids and instructional videos to new drivers. 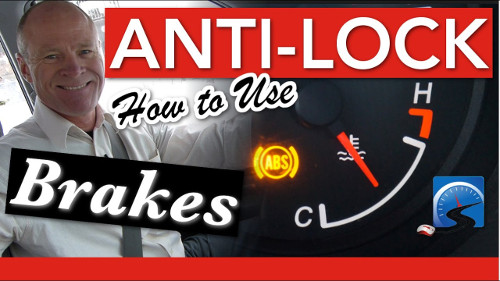 In Georgia, Governor Brian Kemp's repeal of the executive order was reactionary.

He believed that new drivers were at risk if they were moved to a probationary license without the mandatory DMV test.

In fact, new drivers are more at risk with a closed-circuit test than without any test at all.

The reason: many drivers who pass DMV tests falsely believe that they are safe and have nothing further to learn.

And as experience will teach these new drivers: nothing could be farther from the truth.

In fact, most new drivers in the probationary stage without a driver’s test will be safer than those that did the test.

Lack of a test creates an element of doubt in the drivers mind as to his abilities behind the wheel.

In many cases, new drivers will take fewer risks and ask more questions about their driving because they won’t have the false sense of ability often given to them by passing a 12-minute driver’s test.

In the sentiment of Chief Driving Instructor Chris Daugherty: no amount of driver education is going to prevent a young driver from crashing.

Rick August has been a license commercial driving instructor for more than two decades. He has qualified as a professional driving instructor in Ontario, Canada; Victoria, Australia, and British Columbia, Canada. He has professional experience driving Greyhound Highway coaches in Australia. And tractor-trailers throughout Canada and the lower 48-states in the US. In 2006, he graduated from the Univeristy of Melbourne, Australia with a doctoriate in legal history. His dissertation examined policing and traffic. Dr. August has published several academic articles on traffic safety. CLICK for his full autobiography,